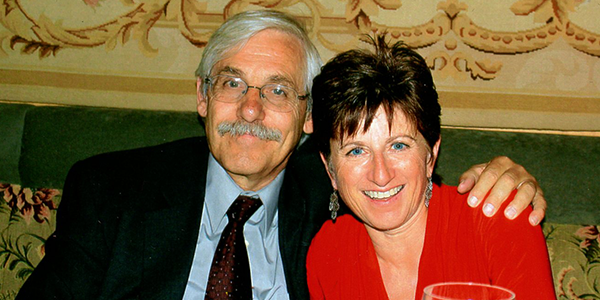 Dr. Kirk Veirs looks back very fondly on his days at NAU. After dropping out of UCDavis and working a couple of years, he started again at NAU. He was touched and appreciative of the personal attention and encouragement he received from his professors. NAU provided the learning experience and professional direction that he had been searching for. His grades turned around and he excelled in science, receiving BS degrees in Chemistry and Environmental Science.

His education led him to a long career at Los Alamos National Laboratories in Los Alamos, New Mexico where he became one of the nation?s foremost experts in long-term storage of plutonium. He has co-authored over a hundred journal articles which, according to Google Scholar, have nearly 2,000 citations. He is a principal contributor to two Department of Energy Standards for storing plutonium which serve to protect and preserve the environment.

Citing his great experience at NAU, Kirk wanted to find a way to give back to the school that gave him a boost in life toward a career he loves. He reached out to the Gift Planning office about his idea to include NAU in his will through a bequest. He learned just how easy it is, with Bequest language provided to him by the office of Gift Planning. As a result of including NAU in his will, he became a Heritage Member as well.

Reconnecting with NAU opened new doors for Kirk, and he was invited to be a judge for the CEFNS Undergraduate Research and Design Symposium — an honor which he thoroughly enjoyed. He has directed his planned gift toward science students, helping to open the same doors to them that were opened for him when he was a Lumberjack.

To learn how simple it is to make a difference at NAU through a bequest in your will please visit our website, or call Mark Matthews, Director of Gift Planning at NAU. We value our great NAU alumni and donors, and would love to welcome YOU to our Heritage Society when you include NAU in your will or estate plans.